Characteristics of coalescence degreaser technology and its application status

Characteristics of coalescence degreaser technology and its application status

The coalescing degreaser technology appeared in the 1950s. The initial method was to add a filler section in the front section of the ordinary oil trap to fill it with crushed stones and other particles to improve the degreasing efficiency. Due to the large particle size of the crushed stone filler used at that time, the coalescence performance was poor, and the increase in oil removal efficiency was not obvious. Therefore, the coalescence and oil removal technology has not attracted people's attention for a considerable period of time since then.
Until the early 1970s, due to the development of the crude oil extraction industry and the petrochemical industry, on the one hand, the amount of oily wastewater increased significantly, on the one hand, it was urgently requested to improve the disposal efficiency of degreasing structures.On the other hand, the rapid development of the chemical industry was also concentrated. The application of coalescing and degreasing technology has provided information on coalescing with better performance, so coalescing and degreasing technology has only been developed. The United States and Japan have a large number of materials and patent guidance in this regard, and there are a large number of examples of industrial applications.
In 1977, China's Fushun Petroleum Research Institute used paraffin wax and polyolefin to make φ1.0-4.0mm pellets as agglomeration information.Stopped small-scale disposal experiments of oily wastewater in refineries in ψ36mm glass tubes, and the oil removal efficiency reached 60- 70%. Dongfanghong Refinery's industrial coalescence degreasing experiment with oily wastewater from the refinery stopped, the degreasing efficiency reached 713%. In September 1984, the coalescence degreasing industrialization experiment stopped in Daqing Oilfield was successful, and the successful oilfield and Dagang oilfield also successively stopped the experiment of coalescer degreaser technology. 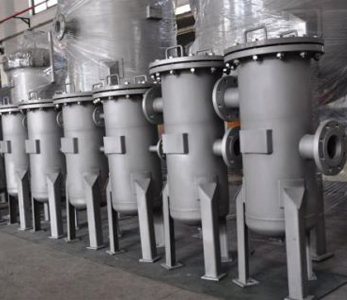 Previous: What is the difference between coalescer deoiler and vacuum dehydration oil filter